Remember that one time…

In August Dan and I had a few days to sneak away to Aruba for our 8 year honeymoon 😉  It was our first, solo, non-working vacation since our actual honeymoon – so it was pretty nice to get out/away and just relax in one of the most beautiful places I’ve ever been to!

Right before we booked the trip {you know…. 20 days before we left for it}  I joked with Dan that I wanted to go so bad that I’d even leave my cell phone at home and not “Instagram the heck out of Aruba” while we were there.  He said “DEAL” and the trip was booked… HA! I wasn’t sure how I actually felt about that deal, but the more I thought about being device free for me {Dan brought his for navigation and just in case} I was so pumped.  The idea of NOT checking email while were gone was SO freeing and made a lot easier knowing that Hana was going to help out with new inquiries and asap kinda messages while we were away 🙂

Now – at first I thought what came next was a total pipe dream – BUT – little did I know how it would not only happen, but be above and beyond what I hoped.  You see, I had reached out to one of the THREE photographers I could find in Aruba {the only one with a style I liked} to see if we could get our pictures taken while we were there.  They have a sweet website with nice pictures and I even got an auto-responder that they will write back within 4 HOURS.  I was really pumped to hear from them 🙂 But when 4 hours turned into 40 hours which turned into 4 days?  Well… I thought all hope was lost.

SO!  I “jokingly” {because I didn’t think anything would come of it} posted in a local Christian/women/photographers group that I could pay for 1 person’s airfare in exchange for pictures in Aruba.  Trust me. I knew this was a LONG shot.

But then in comes sweet Anna <3  Anna’s husband is a pilot and they love to travel. Heck – they were about to leave for Peru and in the end, cut their Peru trip one day short, flew back to the US and turned right back around to come to Aruba for 2 nights to take these amazing pictures.

I can’t explain how FULL my heart is every time I look at these amazing images – it was so hard to narrow them down so I apologize for the lengthy post – but MAN I love them!

Endless thanks to Anna and Tuong for enduring a crazy travel schedule and spending the day with us in Aruba! I hope you enjoyed your trip there and get to go back some day to relax – it is such a beautiful country! 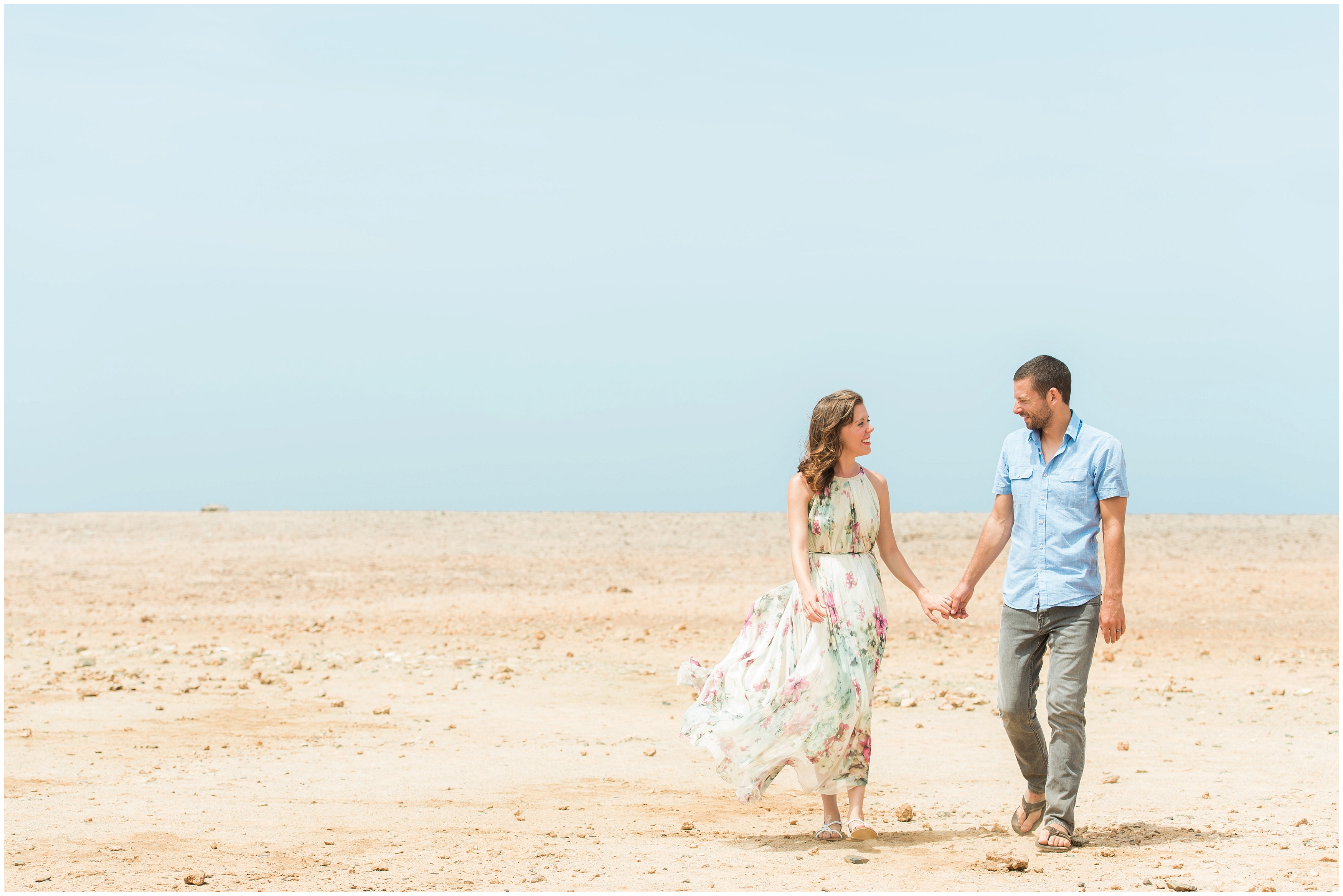 Dan and I rented a car for our time in Aruba and so a few days before the session we spent some time driving around and found this dreamy spot on the east side of the island in Arikok National Park.  It is very barren and feels like you’re walking on the moon or Mars or something – because you know, I’ve totally been to both 😉 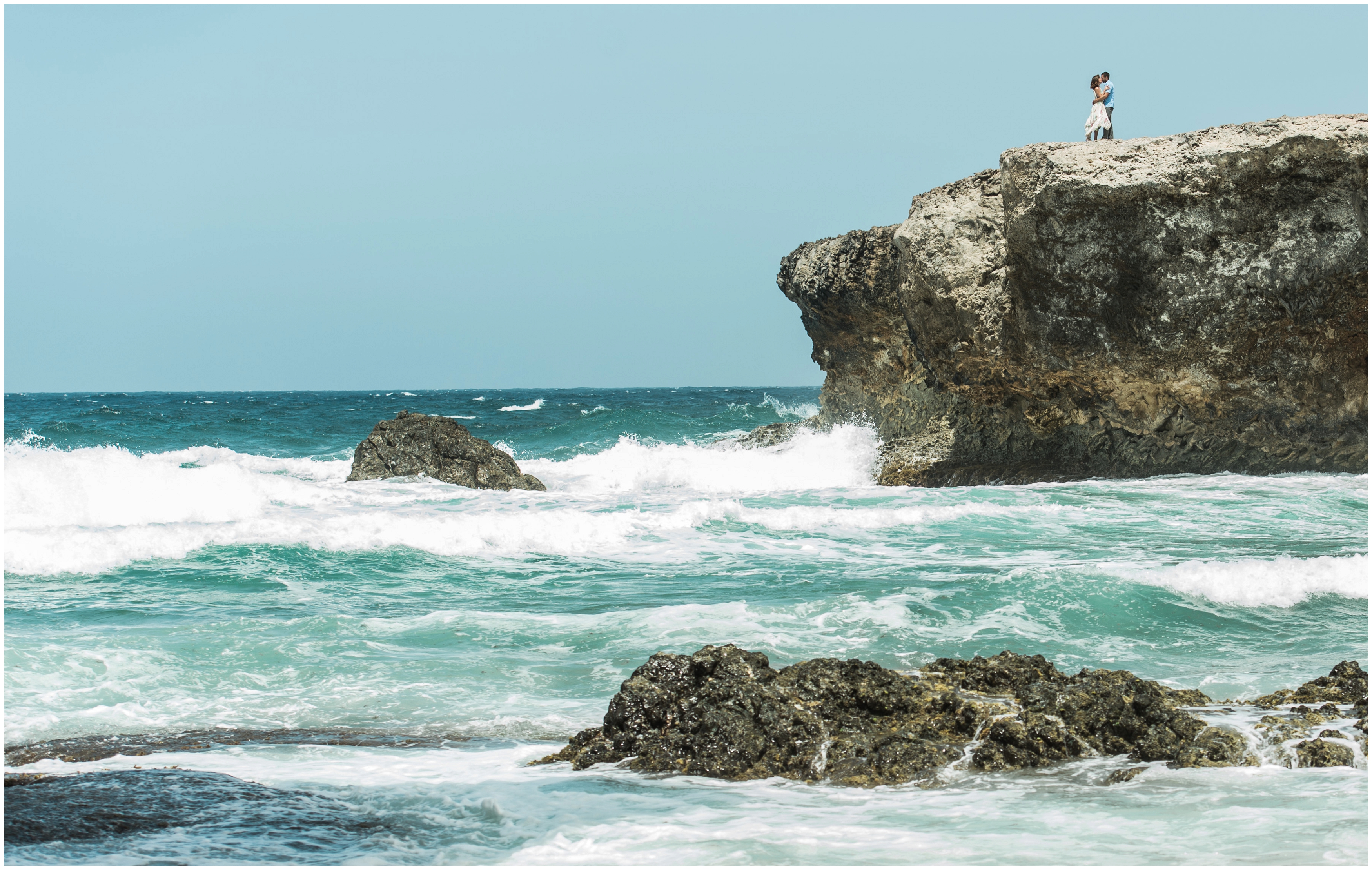 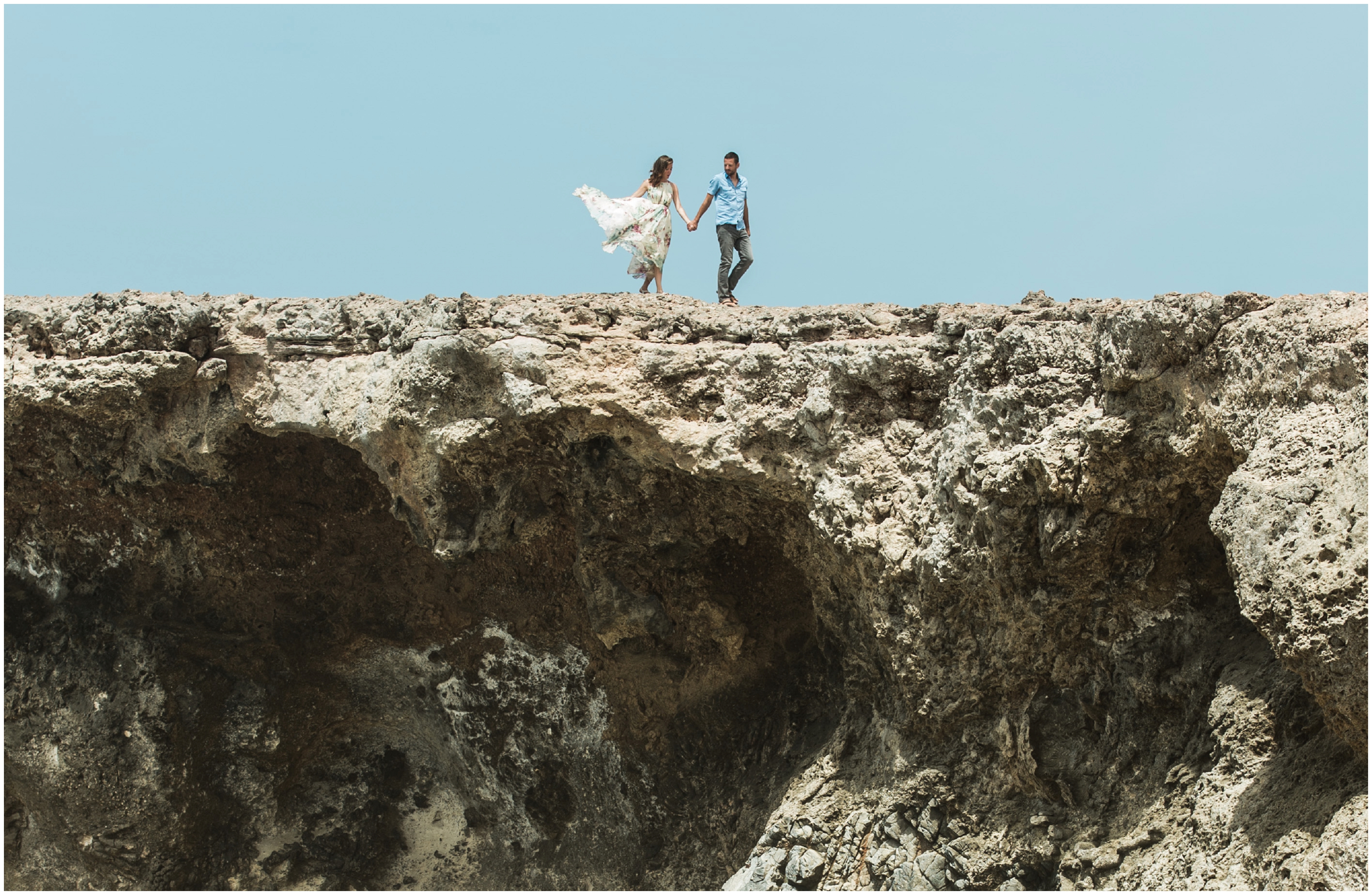 When we were up top, Dan spotted this great inner part of the rocks we could walk out to… 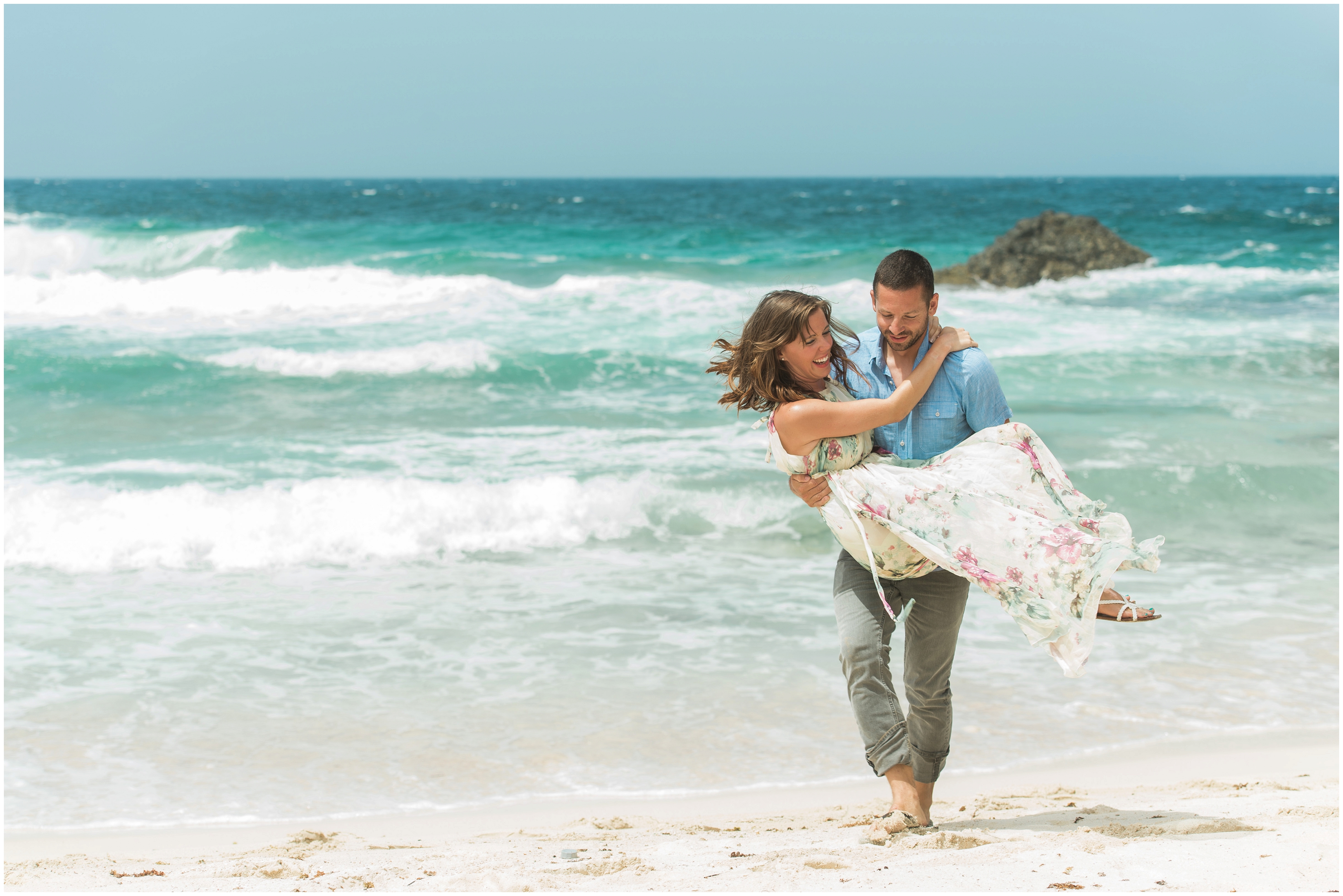 He also had this grand idea of some fun pictures in our suits, although we got some fun shots, the “running from the waves” and “kissing while the waves crash over us” pictures were harder than we thought 🙂 lol… 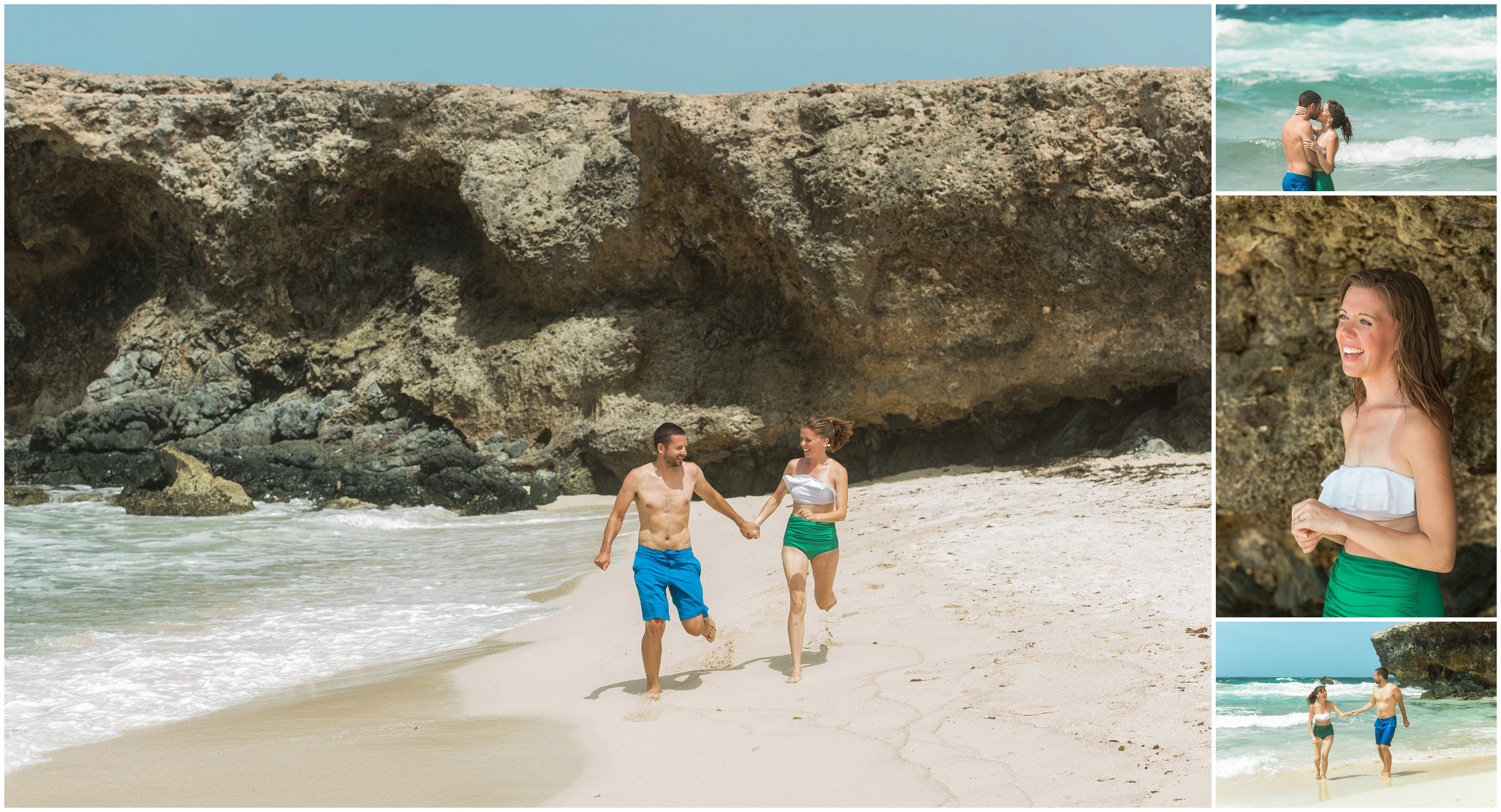 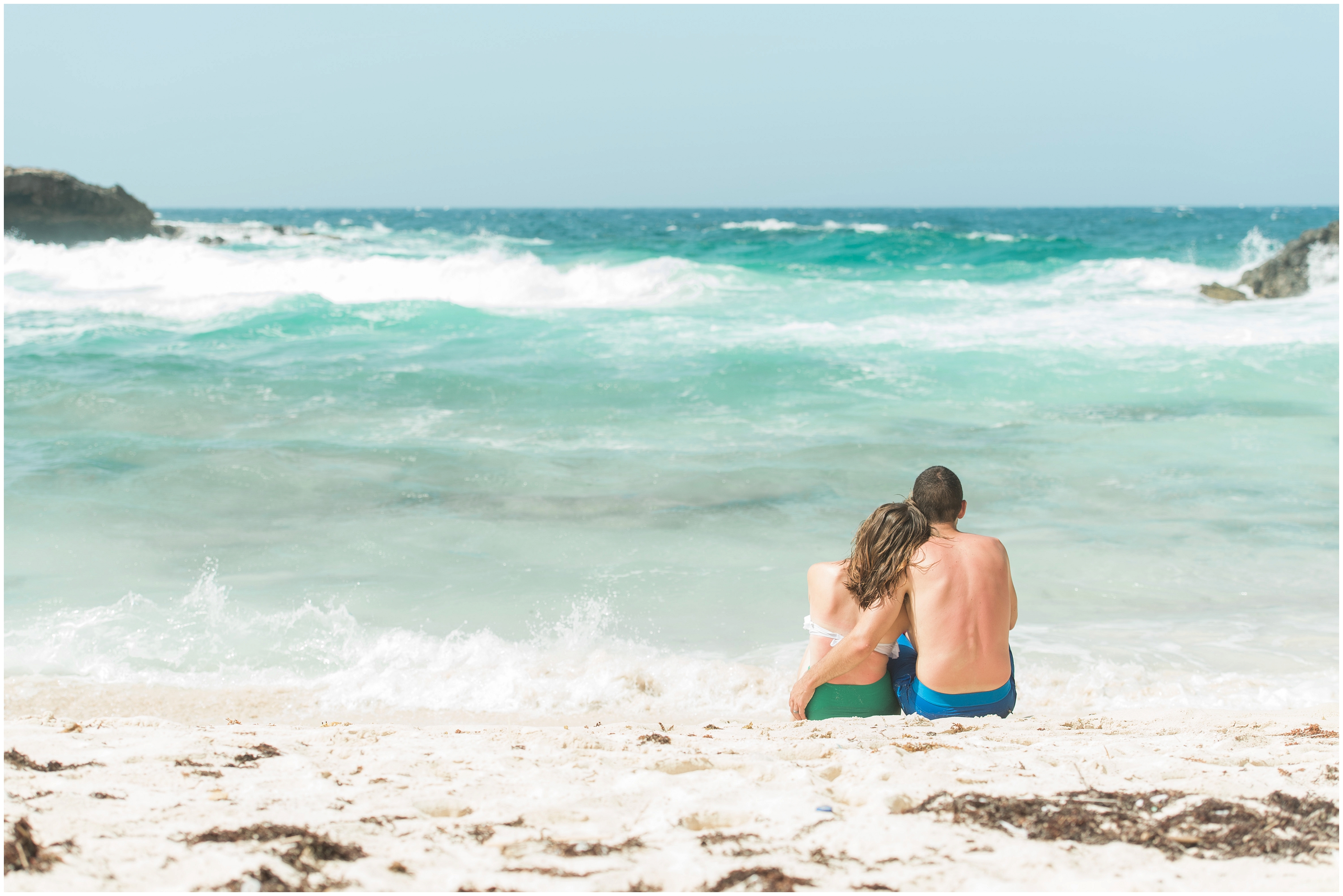 Something you might not have guessed about Aruba is that nearly half of it is a dry, dry, desolate desert 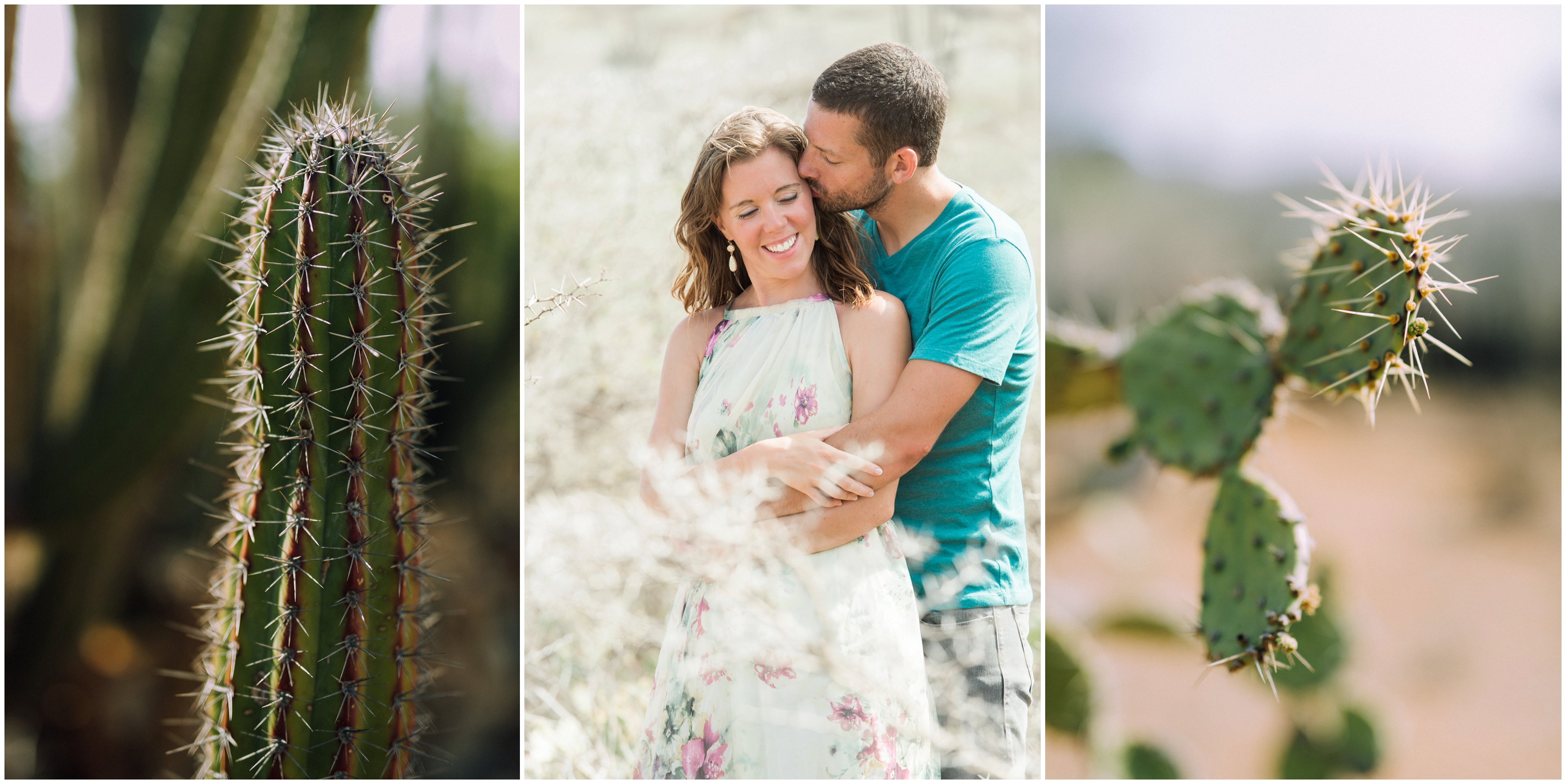 Anna just adored this part of the desert and had great vision for it.  Although not what we thought Aruba would look like, so fun to get pictures there, especially since we both love desert scenery 🙂

This building is the outside of our favorite restaurant in Aruba – plus the color is so fun and vibrant too! 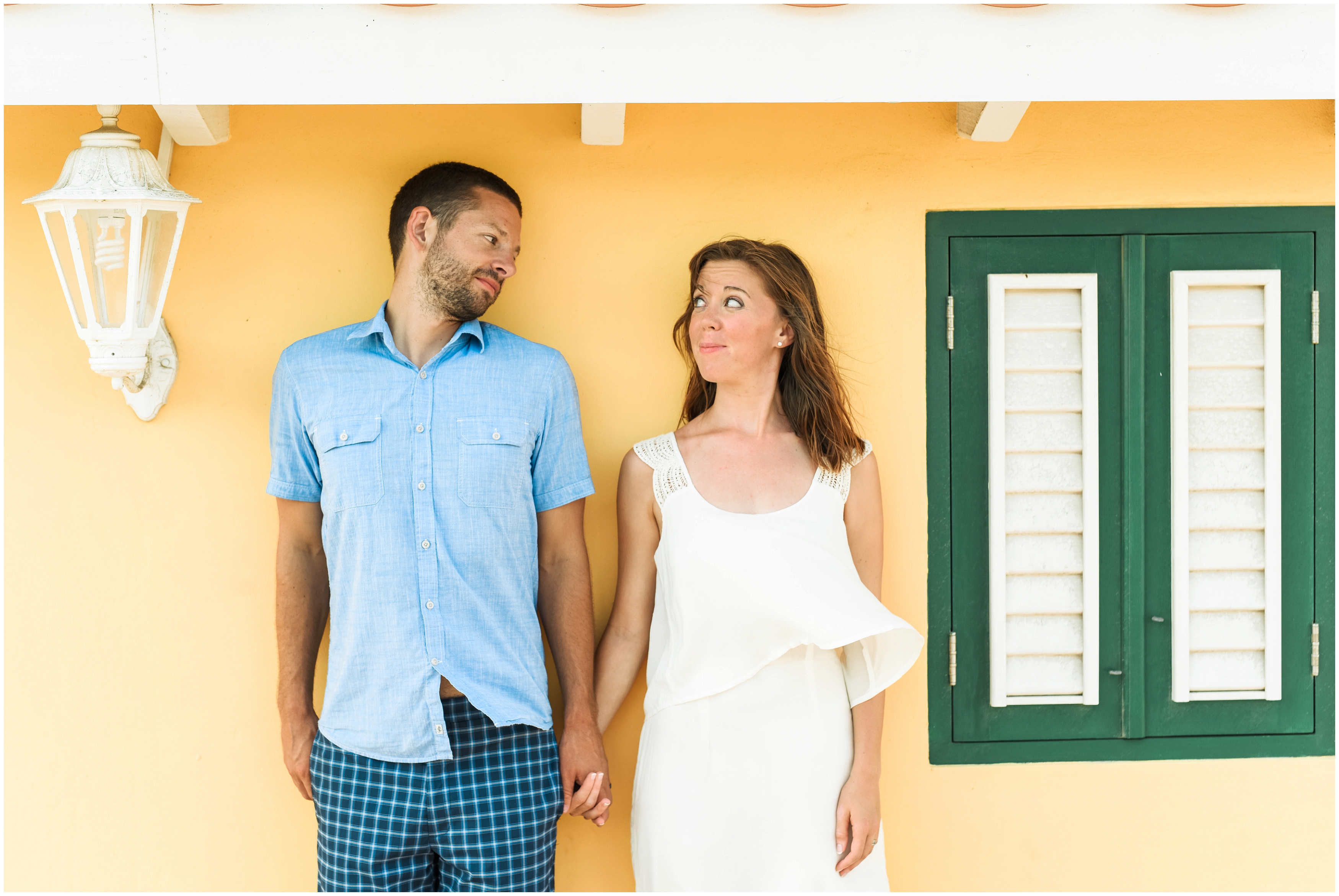 As we were heading back to the hotel to change and head to our next spot, Anna spotted this wall.  Not gonna lie, I was pretty spent on pictures at this point {okay, well, just hungry I guess! haha} and I knew we still had 2 stops left for the day.  But I am so glad that Anna spotted this building as I just ADORE this series of pictures 🙂 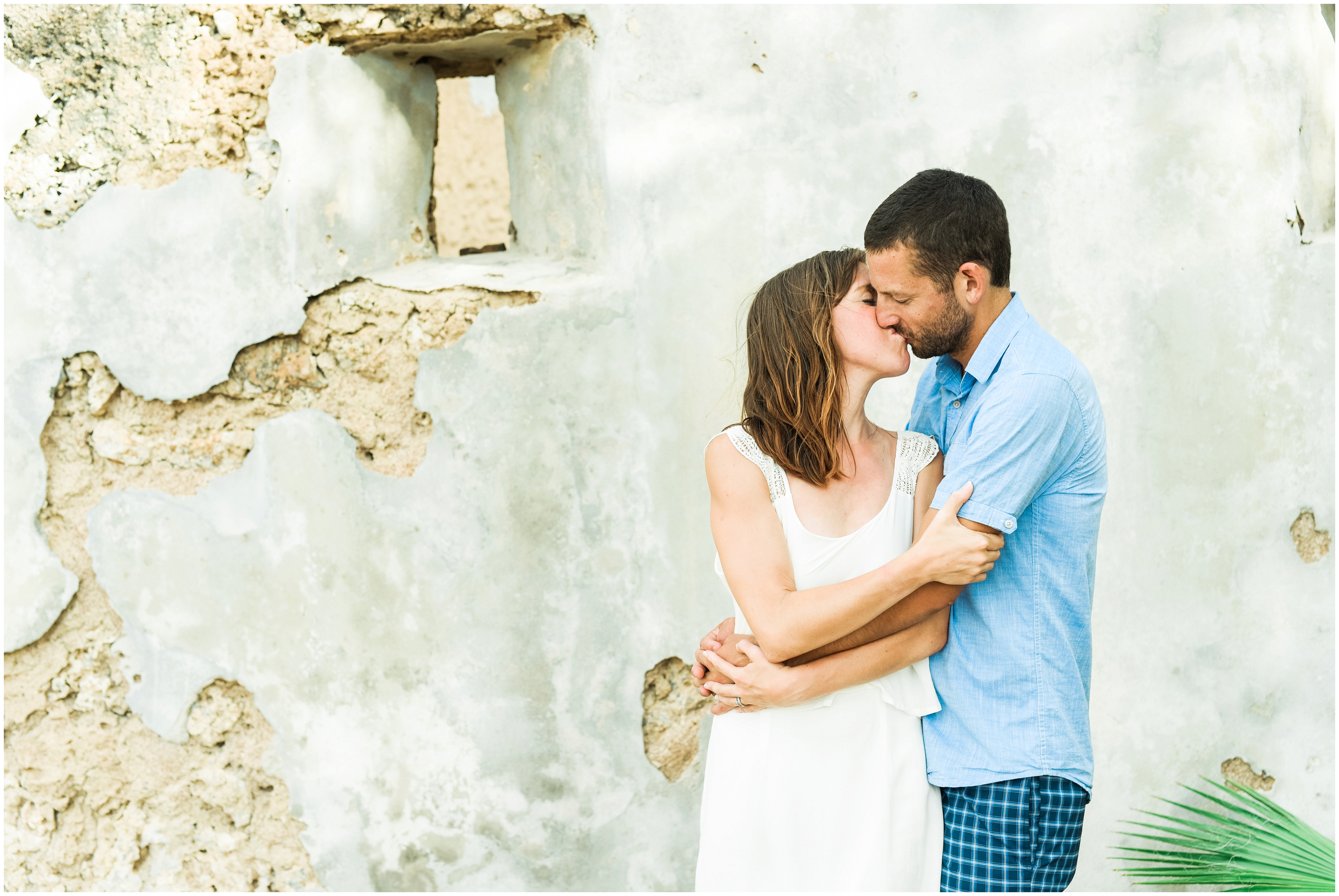 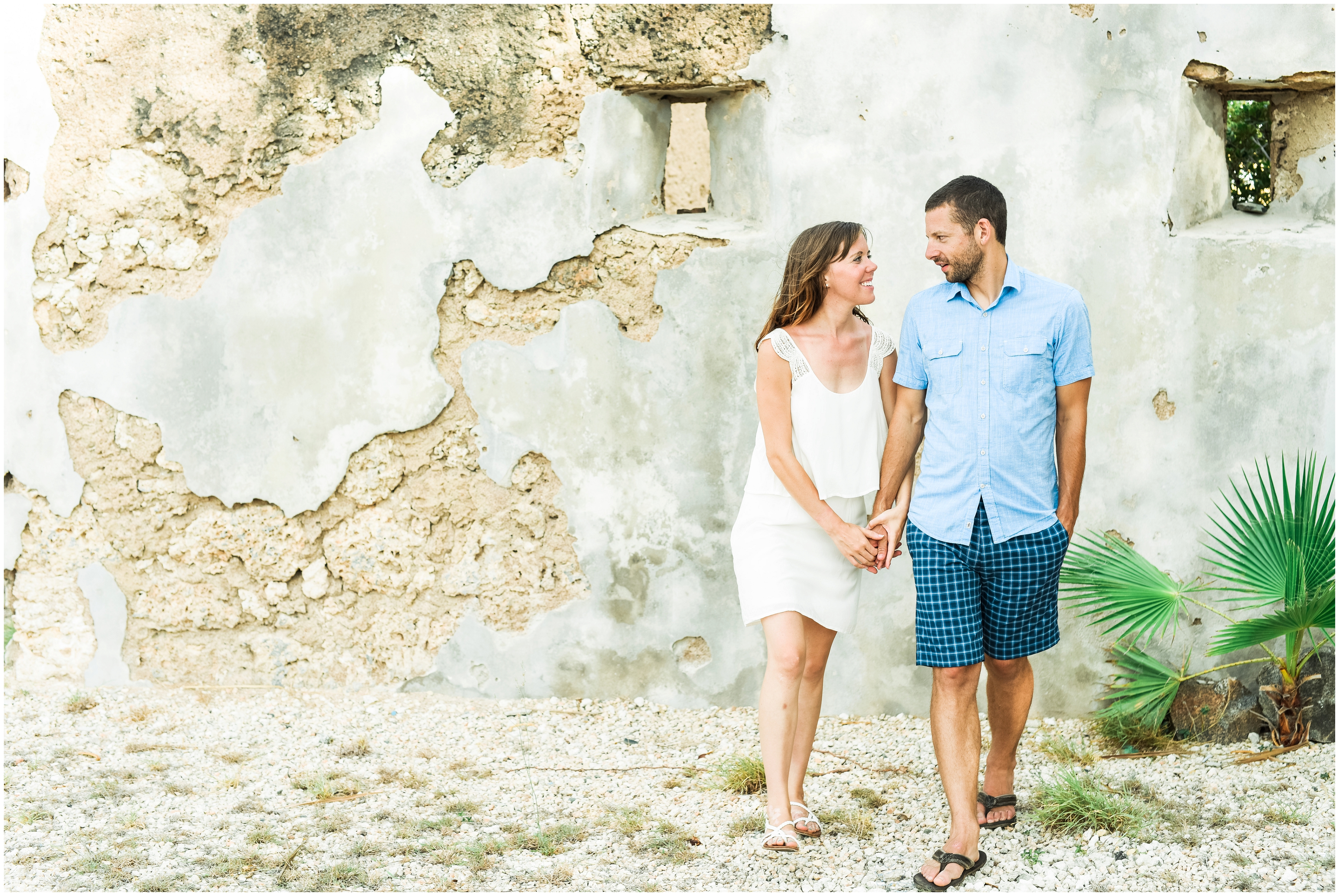 When you Google pictures of Aruba, the infamous “Aruba Tree” inevitably comes up a lot.  I really wanted some pictures by this tree and this area also just has some awesome Divi-Divi trees 🙂 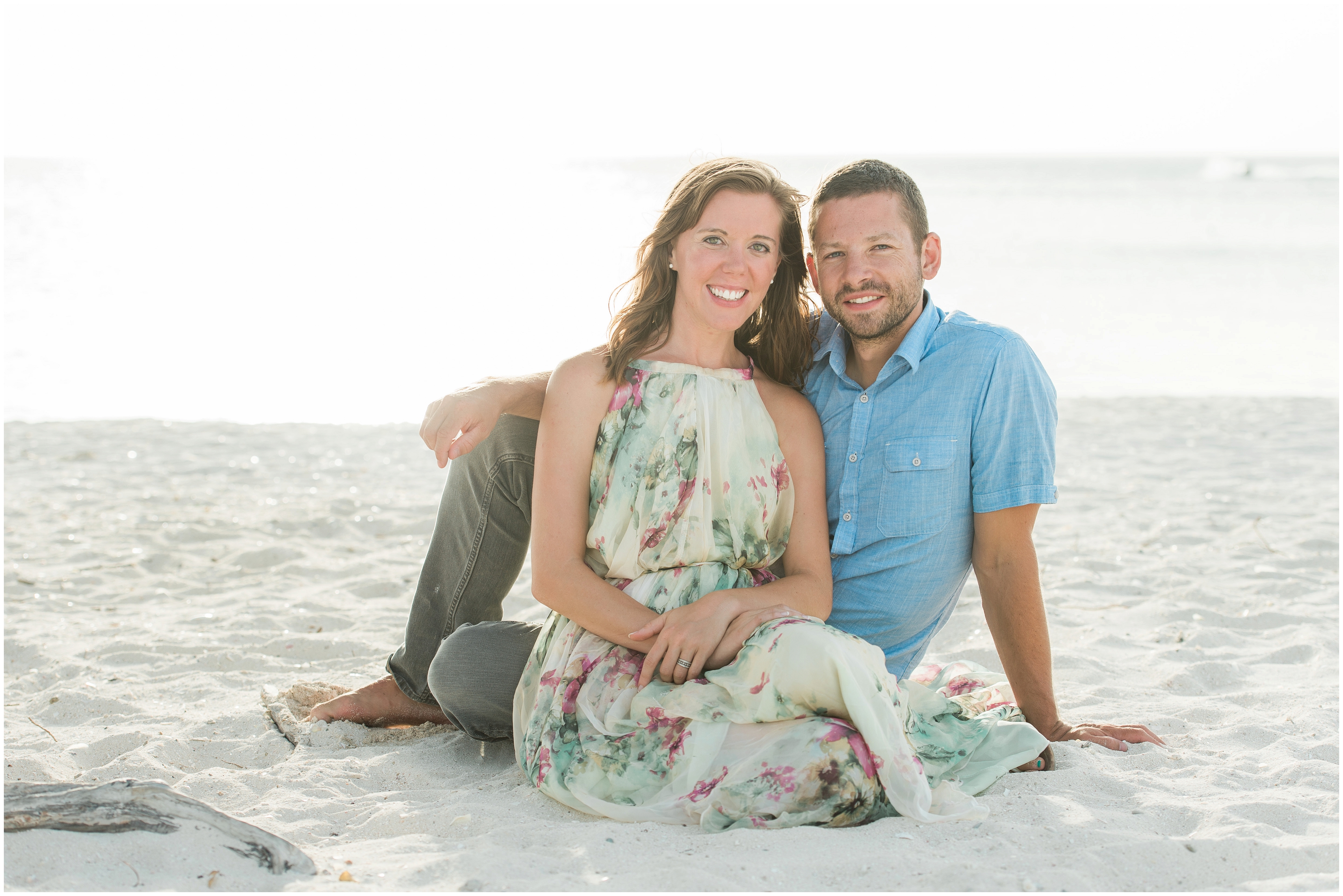 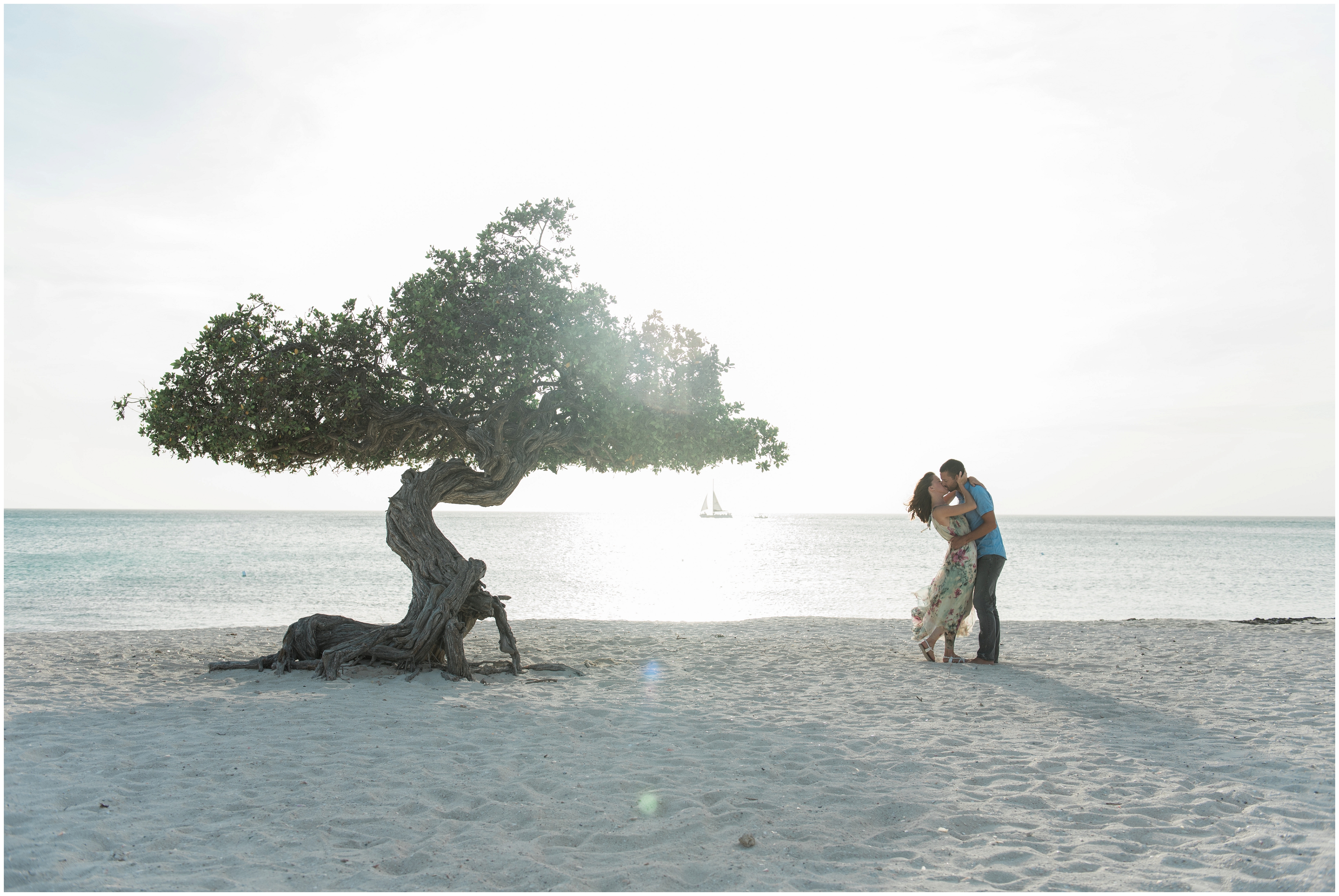 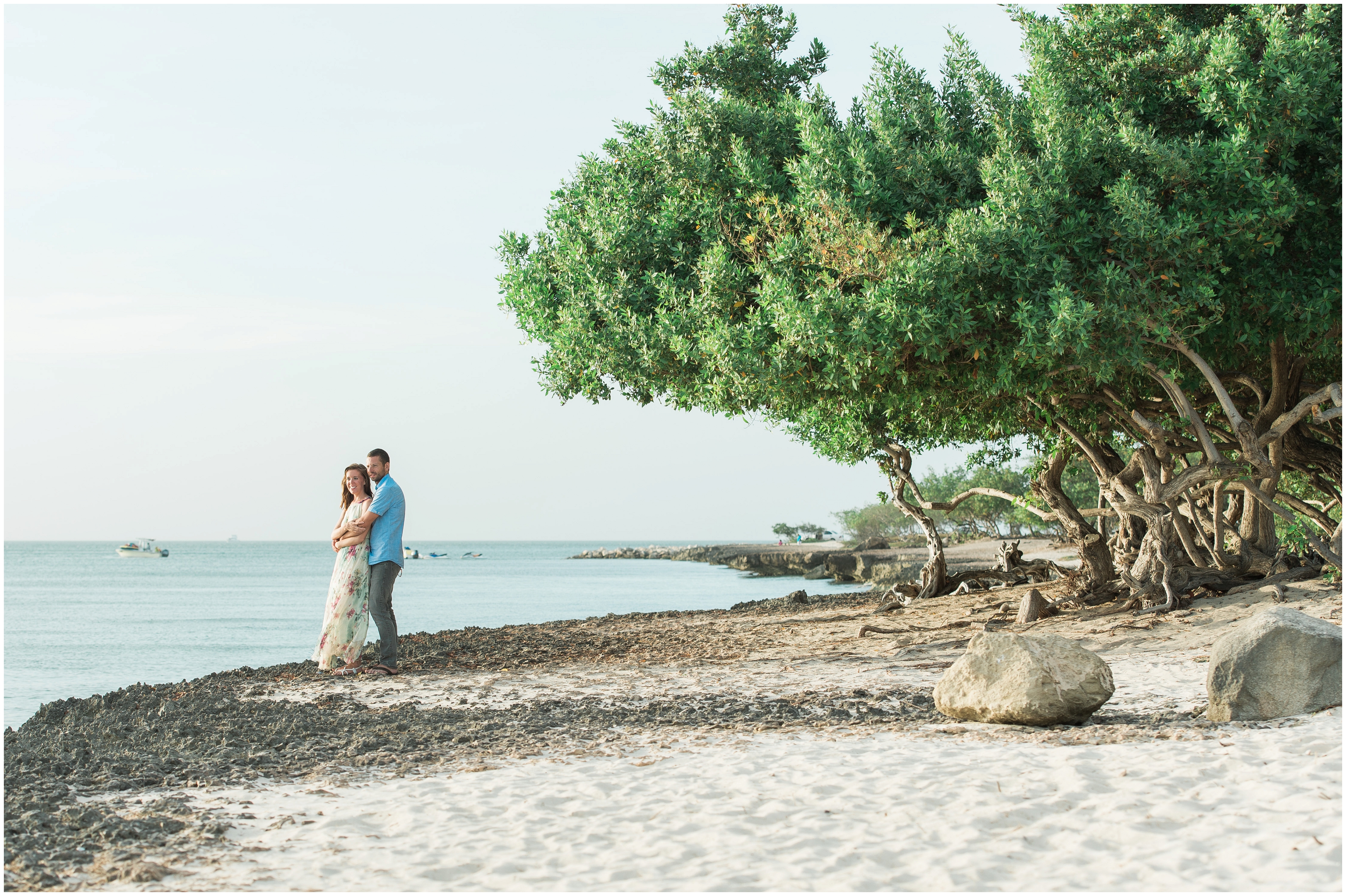 For the grand finale – Dan reeeeeally wanted pictures of us jumping in the water 😉 We did a few really fun takes and ended up with some great shots. I still can’t believe all of these pictures are us – as is still feels like a dream! {and yes we jumped with our sandals on because the rocks you walk on out there are reeeeally {I mean reeeeeeally} pointy/sharp/ouchie} 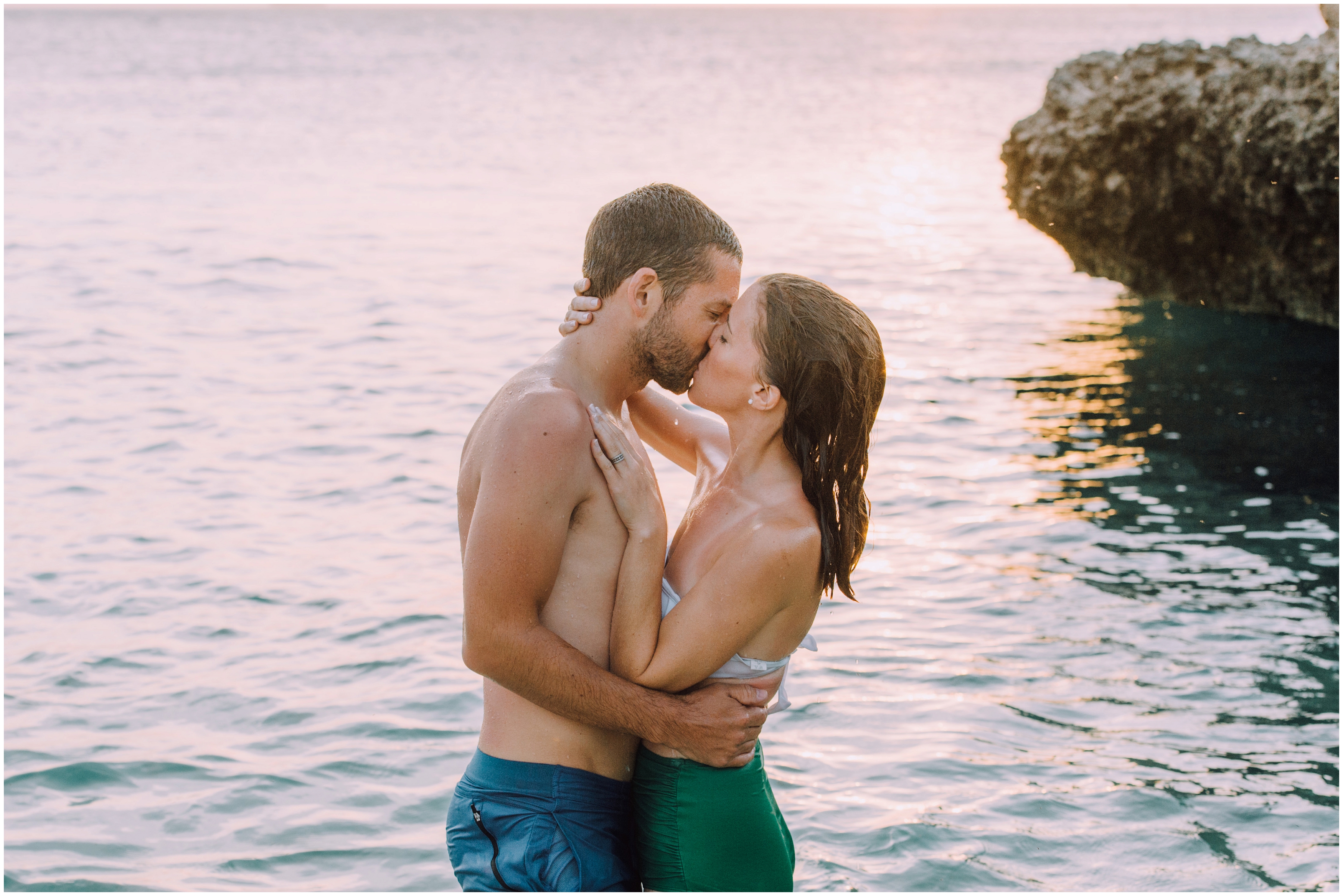 Remember that one time… was last modified: October 11th, 2015 by DnK Photography